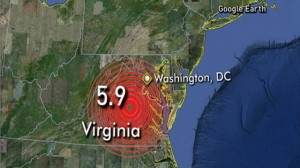 An earthquake hit central Virginia; registering as a 5.8 on the Richter scale, occurred within Mineral, Virginia, at 1:51 p.m. on September 30th, sending tremors across the East Coast and office evacuations from D.C. to New York. Mineral is less than 100 miles away from the nation’s capital; while the town has a reputation for seismic activity, most occurrences have been relatively minor. Fortunately, the much steeper 5.8 seems not to have caused any major injuries or structural damage.

While some reports indicate that the Washington Monument may have been knocked uneven, a follow-up examination by the National Park Service indicated that the Monument was only suffering from some cracking stonework at its top. The NPS will evaluate the level of damage sustained to best repair it before reopening.

While workers within the Capitol building were initially barred from re-entering work, those bans were soon lifted. At Reagan National Airport, a few ceiling tiles fell and flights were placed on hold. Three of four pinnacles from the Washington National Cathedral’s central tower have fallen away, with the central tower also showing some structural issues by leaning. The Metro to DC has been temporarily suspended. 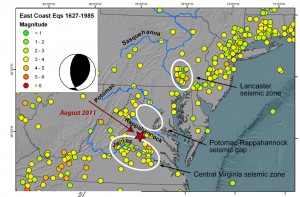 Despite a brief shaking through NYC, flights were brought back online at JFK International and Newark Airport. Although a pair of nuclear reactors, near the epicenter, was taken offline, no damage was incurred. Subways

FEMA has stated that it is keeping a close eye on the situation and is in constant communication with federal-level and state-level organizations. It went on to beg the public to use e-mail and texting in non-emergencies so that emergency responders can receive the pertinent information without issue or delay. Phone companies were rightfully overwhelmed, but no infrastructural damage occurred.