A Virginian In Short

There is little known about Senator Phil Short before his father moved to Louisiana. He was born in Pittsburgh, Pennsylvania in 1947 and during his youth spent time on a family farm in Winfield, Kansas. Senator Short graduated from C. E. Byrd High School in Shreveport, LA in 1965. Senator Short’s father worked as an engineer in the oil industry, and like his father he also worked in the oil fields until he joined the Marine Corps serving from 1970 to 1994. This background helped formulate his political views and beliefs. Phil Short served in the Louisiana State Senate from 1996 to 1999. After leaving his Louisiana Senate seat in 1999, he accepted a position that returned him to military service. In the year 2000, Short ran for a 1st District congressional seat in Virginia after leaving his position as director of Personal and Family Readiness for the Marine Corps. He has remained in Virginia and served as CEO and president of his own consulting firm, Visions and Strategies, from 2000 to 2008. He also served as the Director of Business Development in 2007 and Director of Government Relations in 2008 for Asil Services Inc., a SBA Certified 8(a) minority small business in Northern Virginia. His youth on his family’s farm gave him insight into his job with the Department of Agriculture in 2009 where he served in the Farm Service Agency. 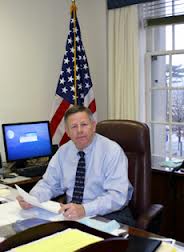 An article by Hugh Lessig in the Daily Press (May 18, 2000) gives more insight into Phil Short’s character and his dedication to public service in Virginia. During his campaign for the 1st District Congress seat, Phil Short met with union representatives. This is not a strong position for most Republicans. He states that his life experiences have shaped him to be a public servant. His military service provided opportunities for him to interact and advocate in Japan and the Philippines, which, he said, gave him an appreciation for a diverse constituency. Accepting the position with Personal and Family Readiness put him in charge of Marine issues including healthcare, personal, and education issues, and returned him to Virginia as well. His ability to raise campaign funds and openly display his contributors adds to the confidence in his ability to work for the best interest of his community. I think that if asked what Virginia has given him in return, he would count his wife, two daughters, and two granddaughters as his most precious assets.